AIME 2022 has officially wrapped up for the year, bringing together more than 2,000 attendees including international and local buyers from around the world to learn, connect and uncover Melbourne.

“Ss the first international delegates touched down in the city, we were sure to greet them with a ‘Very Melbourne Welcome’,” She said.

“Right from the minute our guests stepped through the intonational arrivals gate, we wanted them to feel the very essence of our city and thread that through the entire Uncover Melbourne program in an authentic and engaging way in capturing how Melbourne meets, greets and supports business events.”

Partnering with integrated experiential agency KREATE and content creator Snackable, the ‘Very Melbourne Welcome’ came to life at Melbourne airport as international arrivals were greeted by the faces of Melbourne’s celebrated arts and cultural hub providing moments of joy and on-ground ‘buzz’. 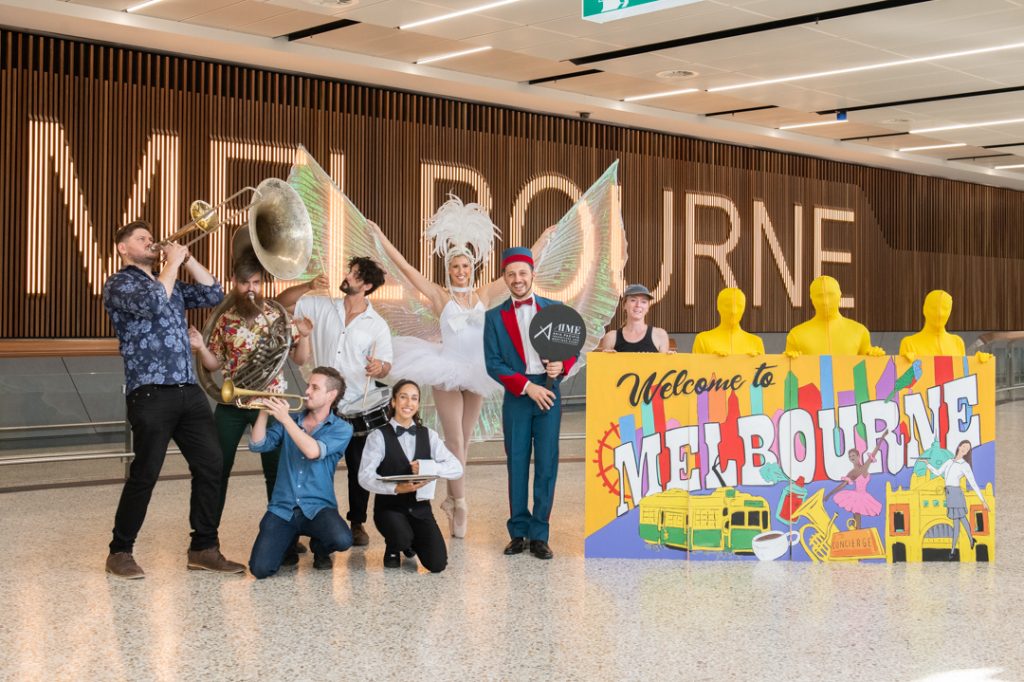 From the ballerina as she moved through the crowd with grace, to the lofty brass band tunes, the Wes-Anderson inspired concierge highlighting the city’s world-class service and hospitality and a graffiti artist creatively working on masterpiece artwork synonymous to Melbourne’s famous laneways, the tone was set for an epic Uncover Melbourne at AIME 2022.

“It’s been two years since we’ve hosted an event of AIME’s calibre in the city, and with the with the support of the Victorian State Government, this event has been our first real opportunity to show the world that Melbourne is back in action and ready for business,” said Swanson.

Led by MCB, the Uncover Melbourne program at AIME was immersive and unexpected. This year hosted buyers and media revelled over a four-day program that showcased the best of Melbourne.

From the largest stand on the AIME 2022 show floor, the Melbourne Stand was the place to connect with the city’s best business events suppliers with the introduction of many exciting new exhibitors.

Across the program, networking opportunities abounded at various events including one held at Melbourne’s newest cultural icon – THE LUME Melbourne supported by the Melbourne Convention and Exhibition Centre.

THE LUME is a 2000sqm multi-sensory digital gallery immersing guests in the world’s greatest masterpieces. 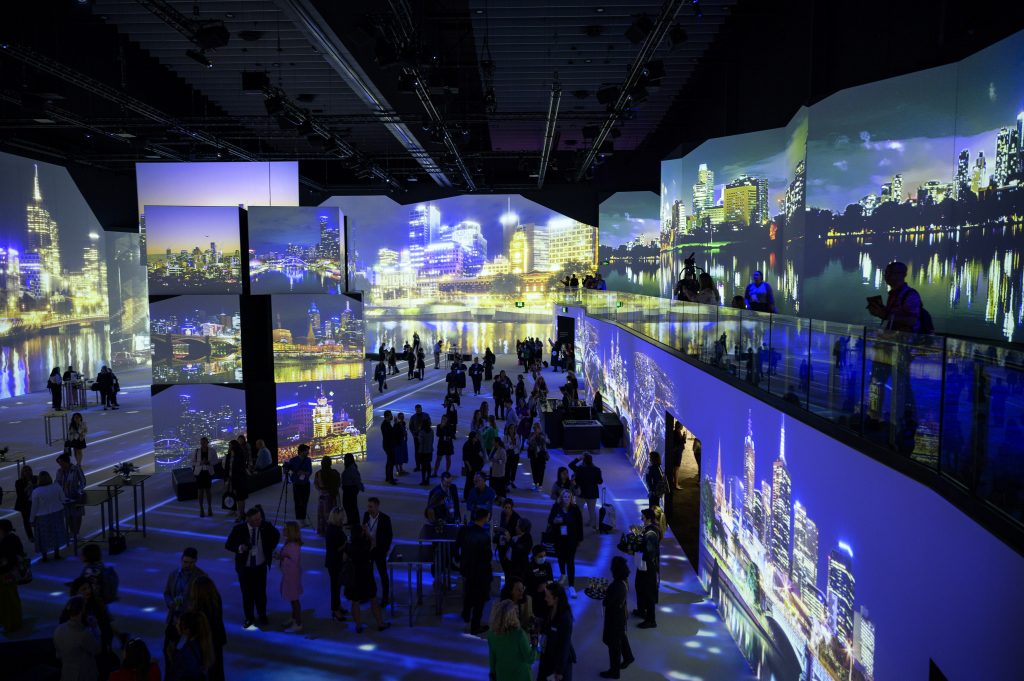 Yet it’s the famous familiarisation experiences the Uncover Melbourne program at AIME is most renowned for.

Taking place on the Sunday ahead of AIME, the 2022 experience program commenced with a spectacular lunch at Rippon Lea Estate hosted by Showtime Event Group, followed by more than 30 experiences showcasing the city’s newest and most unique product offerings.

Exclusively offered to hosted buyers and media it presented a superb opportunity to meet with venue owners and event services providers in person and ignite their curiosity.

MCB infused the city’s art par excellence into a hosted media familiarisation with a creative introduction to Melbourne’s flagship art and event spaces at the Australia Centre for the Moving Image (ACMI) following its recent reopening after a $34.5 million development and Australia’s most popular art gallery the National Gallery of Victoria international (NGV), demonstrating why Melbourne is a benchmark city for business events.

“After a lengthy hiatus, momentum is building in the business events scene. Through AIME we have seen key decision-makers come together in-person, reigniting connections, and creating business opportunities,” Swanson continued.

“There is pent-up demand for in-person events, with companies eager to bring people back together and we can’t wait to host a monumental 30th AIME in 2023.”

Melbourne has on its books right now 127 international and national business events to be hosted between now and the end of 2023, which are expected to attract 95,000 delegates, filling 212,200 room nights – enough to fill the city 10 times over, and inject $476 million into the Victorian economy. 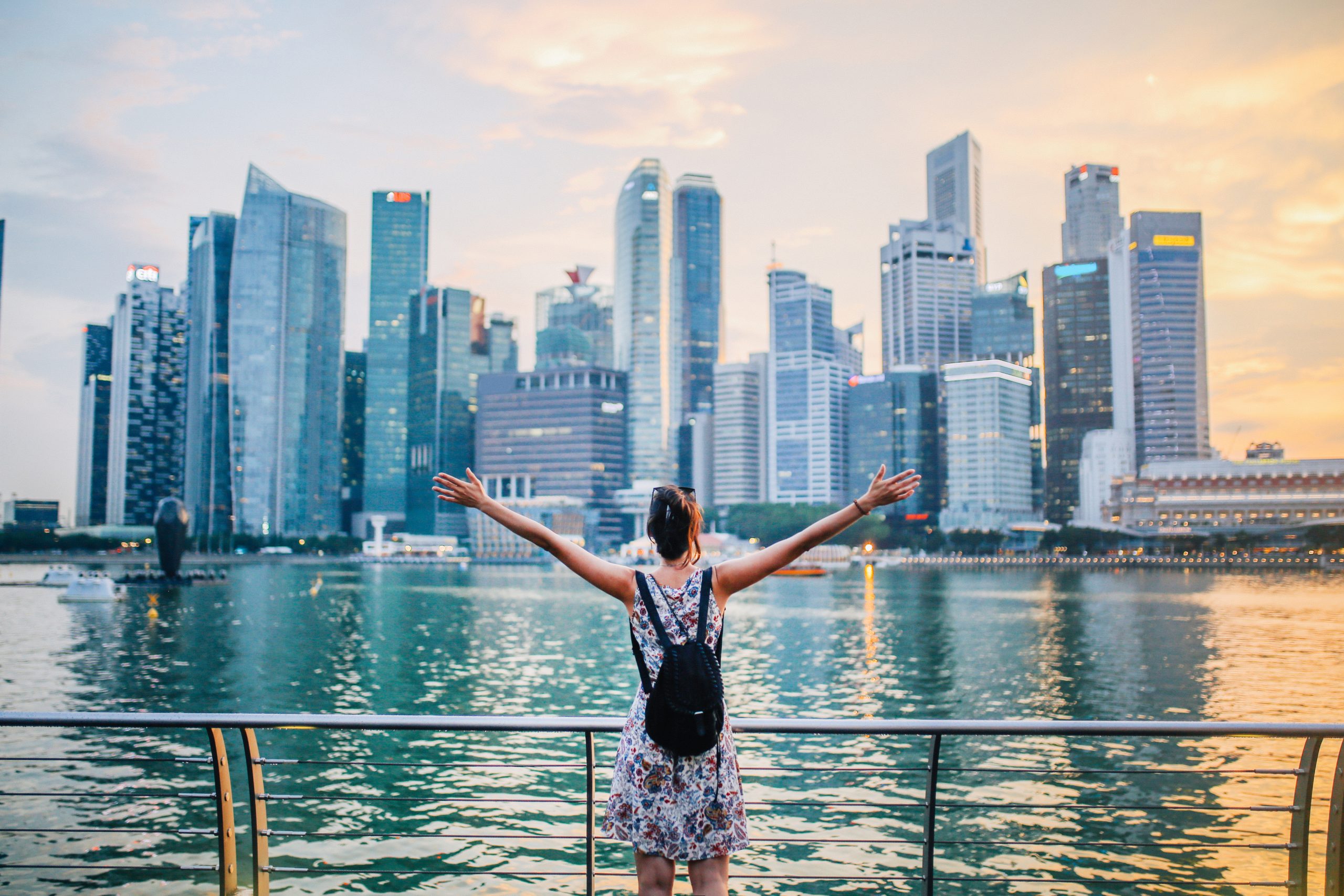 “We are reconnecting with the world”: Singapore flings open its border to all vaccinated travellers 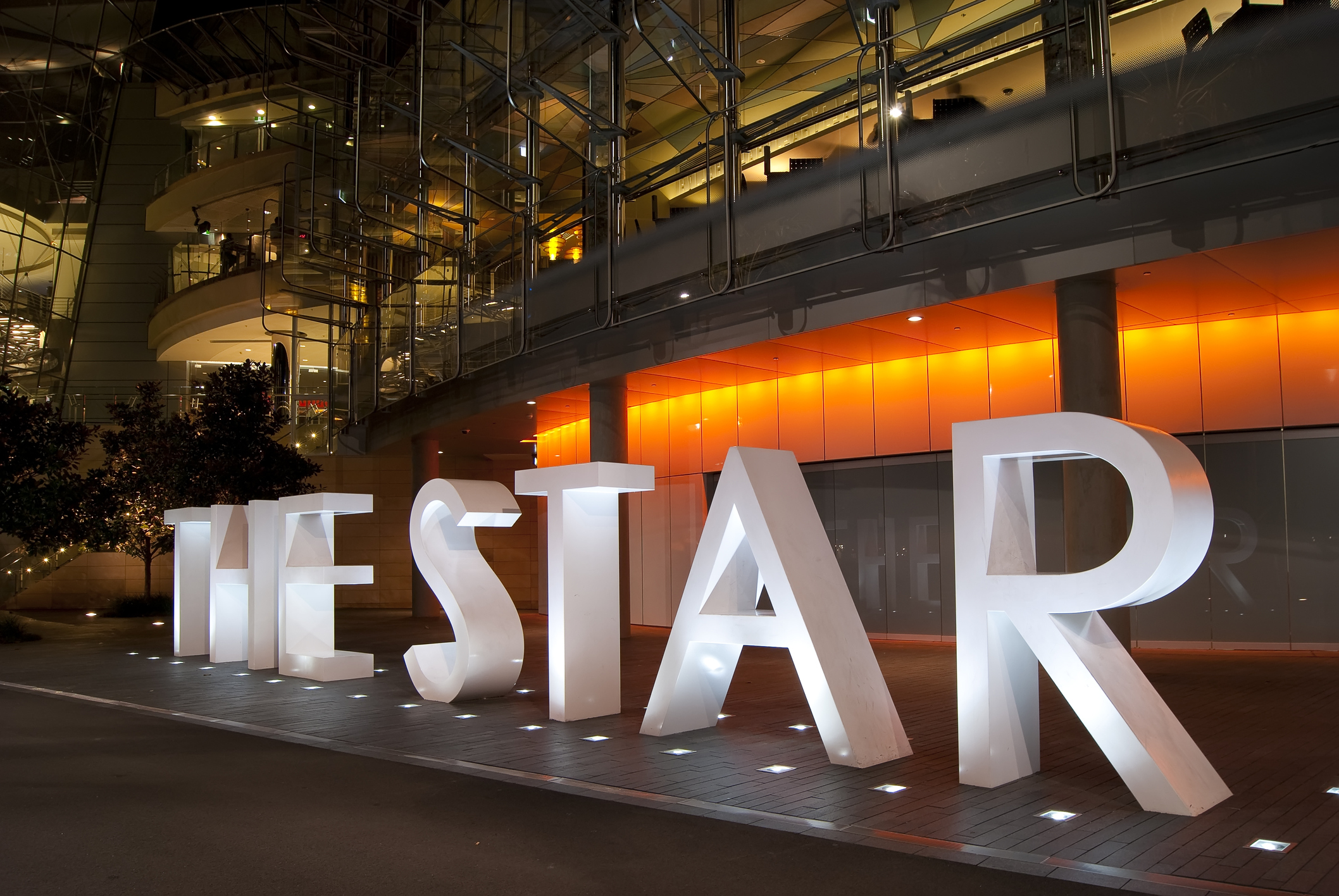 Dust off your cowboy hats because the destination marketing specialist is making a comeback with the most rootinest tootinest expo on this side of the Mississippi. And probably the other side too.

by Sponsored by Melbourne Convention Bureau

The Nibbler was considering making an interactive e-guide but we all purchased PS5’s recently and we’ve been a bit distracted.

Looking to treat yourself? Don’t get a chocolate at the shops, book yourself a stay at the new Oakwood property in Melbourne (or do both)!