Cannes in Cairns has set the bar high for the new must-have at your next business event. The conference for the advertising industry was not about to let a COVID delay (or three) dampen their spirits, putting on a Pinterest-worthy display of luxe for the Welcome Party, complete with a 27m ferris wheel.

“Cannes Lions is a global advertising, marketing, and media industry event that Australians in the industry couldn’t get to for the past two years due to closed international borders,” Douglas said.

“The Australian representatives for the Cannes Lions, The Misfits Media Company, produced a version here in Cairns, and the conference was hailed as an all-round success for 2022.”

The sessions during the day were hosted by Cairns Convention Centre. Over 700 delegates experienced the fully refurbished Centre and the impressive line-up of speakers from the Australian media, marketing and advertising industry.

The event brief for the Welcome Party on Day 1, was to provide a uniquely Tropical North Queensland experience and wow, did Cairns deliver. Event organiser, and The Misfits Media Company, which owns The Nibbler, co-founder, Dan Uglow explained how they activate their event sponsor’s participation in the event in unusual and exciting ways. 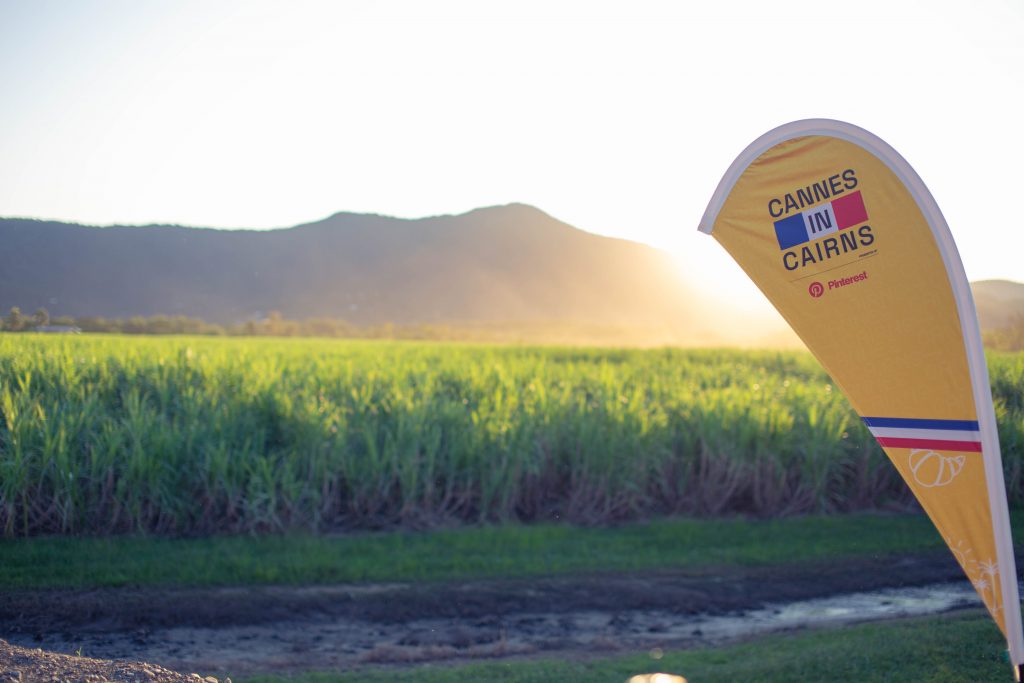 Along with Pinterest, the event was supported by Nine, NewsCorp, Pubmatic, Ben & Jerry’s, Tug, Adobe, and Microsoft.

“Nine wanted to do something with impact, highly visual and a bit of fun. A ferris wheel in the middle of nowhere seemed like a crazy idea, and that’s always the best kind of idea,” Uglow said.

The ferris wheel’s last outing was the Sydney Royal Easter Show. Normally home in Townsville, the wheel didn’t have far to go to the working sugar cane farm, just 15 minutes north of the Cairns CBD.

By day, the farm machinery is doing all the work and by night, the natural dance floor is getting a workout under the stars (and alongside the dumplings stand!). Mr Uglow noted, “it was a chance for everyone to unwind and to quote Shania Twain ‘have a little fun’ – there were even some cowboy boots spotted.”

As the conference concluded, the group reflected on how the notion of the whole industry coming together briefly became a thing of the past. Now, they can return home with a “renewed sense of perspective, energy and purpose”, as Pinterest Australia and New Zealand’s Country Manager, Melinda Petrunoff aimed for when she opened the event.

“Between bringing Pinterest V-VIP, Ash Barty to the conference… to a Pinterest welcome party [that] I heard someone refer to as ‘Pinchella’ and an unmissable Pinterest Hub, I think we’ll … be reliving the week that was for a long time to come!”