The Cascades Female Factory tells the tragic and triumphant stories of convict women, the local Aboriginal history of the site and the significant role women played during colonisation.

The Cascades Female Factory tells the story of the dispossession, mistreatment and forced migration of convict women and their children, and their contribution to colonisation that echoes through to the present. 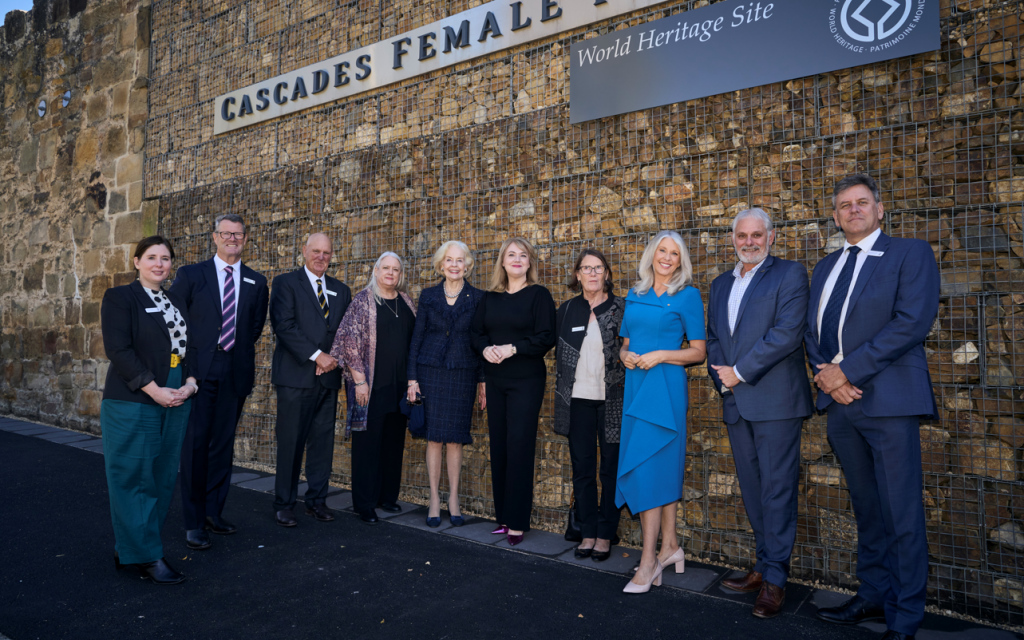 “Many of the stories presented here have not been told before – we are inviting the world to come and experience significant pieces of our colonial past. These stories are interwoven with the First Nation’s stories of Palawa, their culture that is over 40,000 years old and which was so gravely impacted by the British colonisation of the early 1800s” said O’Brien.

The site is well-positioned to draw international, national and local visitors to Hobart – building capacity for sustainable tourism, raising public awareness of conservation principles, sharing expertise and knowledge with other World Heritage sites and protected areas, and building an increased understanding of the need to protect these sites for future generations.

Thanks to the funding of $3 million committed by the Tasmanian State Government and $2.024 million from the Commonwealth Government, the site now offers an important and engaging look at the role of women during the convict era and the echoes of their influence in contemporary Australia.

With a range of tours and interpretative experiences on offer, the site is a significant centrepiece of Tasmania’s convict history.

The launch event was hosted by master of ceremonies Tracey Spicer, with Kristal Buckley, board director of the Port Arthur Historic Site Management Authority.

Theresa Sainty, First Nations linguist and Senior Indigenous Scholar at the University of Tasmania delivered the Welcome to Country address. Sainty played a key role in integrating the Aboriginal stories into the interpretation of the site.

The Cascades Female Factory is open seven days a week from 9am–5pm, with tours available throughout the day. All site entry tickets include a new self-guided audio tour experience.

Floor collapsed under crowd's feet during show at the Enmore Theatre

Just to confirm, Unyoked is an accommodation company and not an egg white/yolk separation specialist – in case you were confused.

This virtual map of Tassie is the new one-stop-shop for event planners who want to head down south for their next gathering.

Updated travel requirements: here’s everything you need to know

Over the holiday period, Omicron changed the travel game. So here’s what Aussies need to know for domestic and international jaunts.