Crystalbrook Collection is soon to acquire The Fantauzzo, with an official handover set for 2021.

The purchase of the property from the Deague Group will mark Crystalbrook’s entry into Brisbane, adding to operations in Sydney, Byron Bay, Cairns, Newcastle, and Port Douglas.

Found underneath Brisbane’s Story Bridge and overlooking the Howard Smith Wharves, The Fantauzzo features 166 rooms and suites, the Italian Polpetta kitchen and bar, and the Fiume bar, along with a rooftop pool, a fitness centre, and meeting spaces.

Speaking on the pending acquisition, Ghassan Aboud, owner of Crystalbrook Collection, said: “Australia’s east coast is unlike anything else in the world and, as a company, we are pleased to be able to invest in and support the Australian tourism industry.

“Brisbane was the next logical step for us.”

“The hotel is unique, full of personality and we love the location in the cultural hub of Howard Smith Wharves.” 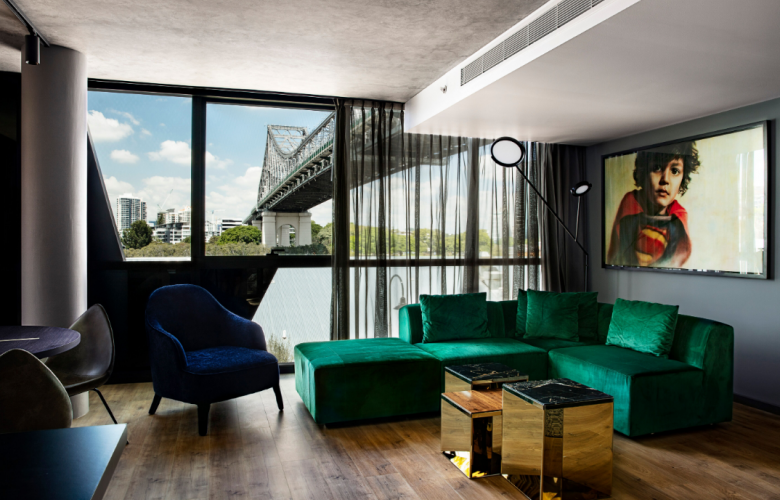 The official handover of The Fantauzzo will occur in the first half of 2021.

Upon handover, the hotel will trade under Crystalbrook Collection, with the official new name to be announced in the coming months.

Until the acquisition is complete, the hotel will continue normal trading under the management of Art Series Hotels.

The hospitality company’s current portfolio includes Little Albion in Sydney; Byron at Byron in Byron Bay; Riley, Bailey and Flynn in Cairns, and Kingsley in Newcastle.

Geoff York has put in a request to Crystalbrook’s HR department for new business cards and an engraved name plate, following his latest role change.

The collection of hotels and resorts has grown its leadership headcount once more, along with opening a slick new property.

Proving there are still roles to be filled within the hospitality sector comes this major announcement from Crystalbrook.