Crown Group will start construction early next year on Sydney’s new event and function space, Infinity Convention Centre, which will have capacity for up to 425 people at Green Square.

The new venue will be the first purpose-built convention centre to open in Sydney since ICC Sydney opened its doors at Darling Harbour in December 2016. 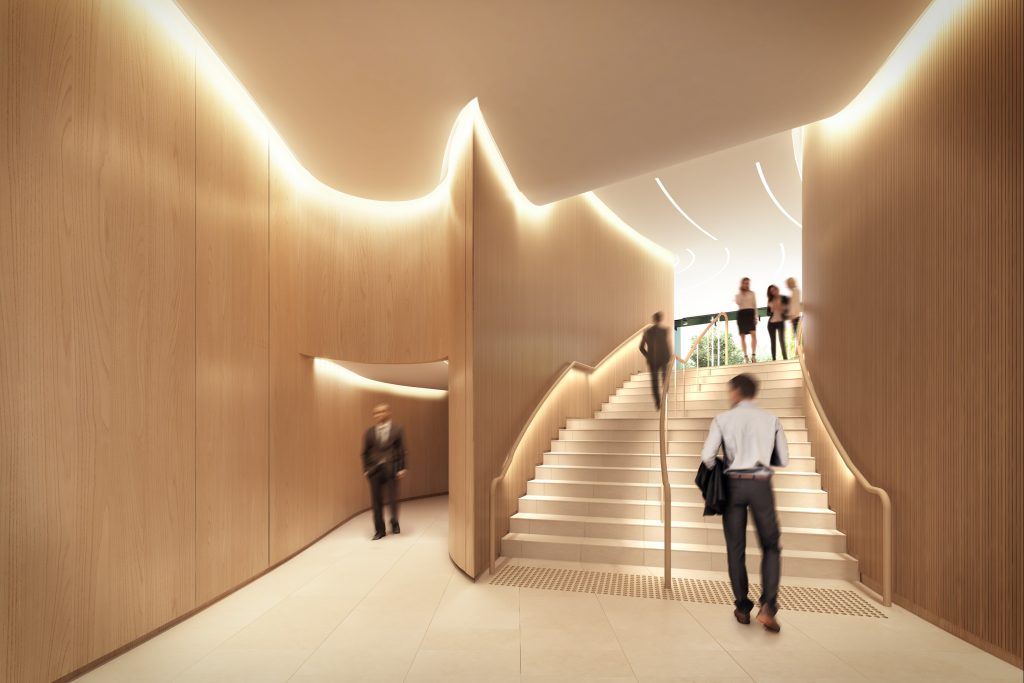 The centre will form part of the $575 million Infinity by Crown Group, a striking 20-storey building designed by world-renowned Koichi Takada Architects, which has captured the public’s attention with its iconic looped design, offering 326 apartments on the corner of Botany Road and Bourke Street.

After it opened in 2019, it fast became a sought-after place to live, work and play in Sydney. A luxury apartment hotel, SKYE Suites Green Square, opened in April 2020 offering 90 suites and a stunning open-air pool and jacuzzi.

Crown Group chairman and group CEO Iwan Sunito said Infinity Convention Centre would go beyond an event space and become a place of connection with an element of giving back to the community.

“Our sophisticated audio-visual and recording equipment will create a future-proof conference centre – one that is purpose-built for tomorrow’s events and conferences,” Sunito said.

“It will host events in which sharing ideas on the big screen to many hundreds, thousands, if not millions of people around the world is as important as the live audience you have in the auditorium, just like in a Ted Talk or an Anthony Robbins webinar.

“The convenience factor is already attracting groups who are interested in booking far ahead of opening time, because it is door to door to the airport and the city, with the train station directly below.”

Sydney picks up major conference and exhibition for creatives

Tech-savvy creatives will soon be flocking to Sydney for a blockbuster conference. However, that’s not to say they’ll all be behaving like seagulls.

The Sydney Olympic Park venue has dribbled, Euro-stepped and slam-dunked its way to a new three-year deal with the NBL team.