Esteemed chef Nobu Matsuhisa will bring his fusion of traditional Japanese cuisine with South American flavours to Sydney for the first time later this year.

Nobu will open his third Australian restaurant at Crown Sydney in December 2020, with signature dishes such as the famed Black Cod Miso and Yellowtail Jalapeño to feature on the menu.

“At Nobu, inventive cuisine and unparalleled service are at the heart of everything we do,” This will be no different at our Sydney restaurant. It is always about our customers and creating something innovative with passion,” he said.

“Crown Sydney is creating a world-class dining destination that is taking the best of the globe mixed with the very best of Sydney, and I can’t wait to do the same with our menu and offering at Nobu.

“Sydney is one of my favourite cities and the food scene has always impressed me – the quality of the produce is standout. I am looking forward to bringing Nobu to what is already one of the most interesting cities in the world.”

Peter Crinis, chief operating officer at Crown Sydney, said the announcement is exciting news for Sydneysiders, many of whom have been anticipating Nobu’s arrival in the city for years.

“Local foodies have been known to travel to Melbourne or Perth to experience Nobu’s innovative new-style Japanese cuisine, but with this new addition to Crown Sydney’s culinary line-up, they will no longer have to travel far to enjoy world-class Japanese cuisine,” he said.

“Developing a world-class dining destination has been at the forefront of Crown Sydney. It has taken years of consideration to determine the line-up of our dining precinct. This announcement signals a new era of fine dining for Sydney.”

Born in Saitama, Japan, Nobu spent his formative years studying Japanese cuisine at Matsuei, a widely respected sushi bar in Tokyo, before moving to Lima, Peru to open his own sushi bar.

As a classically trained sushi chef, Nobu was challenged by the new culture and regional ingredients, which kindled his inventive style, known today as the Nobu Style. 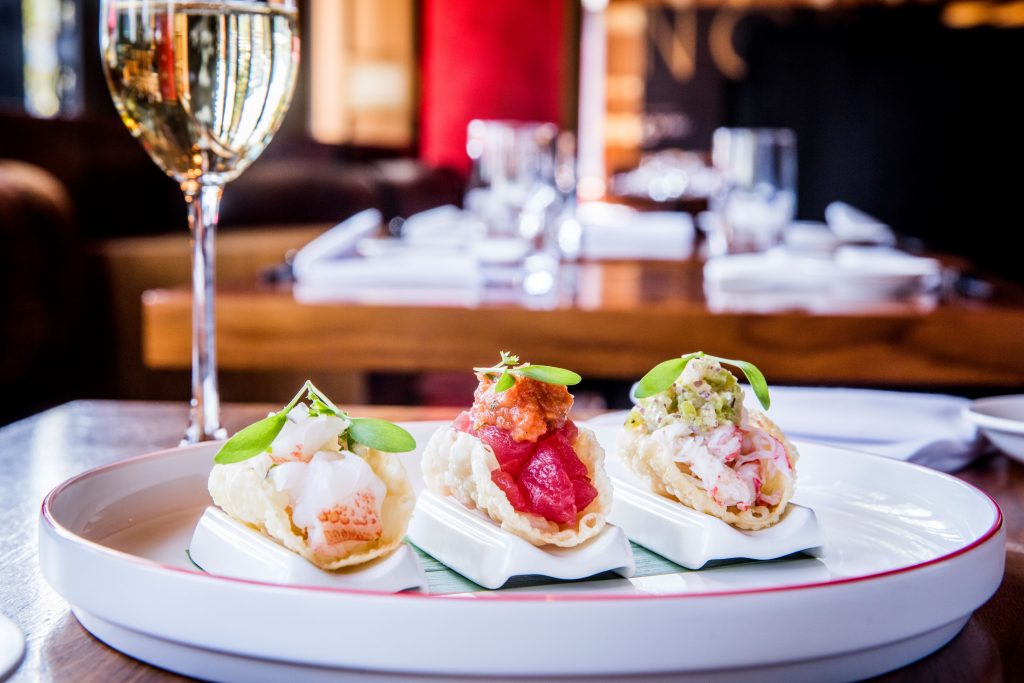 Today, Nobu has 42 restaurants and 10 hotels in 40 different cities around the world, spanning across five continents.

Part-owned by Nobu himself, Hollywood superstar Robert De Niro, film producer Meir Teper, and Crown Resorts, Nobu is known for a combination of signature dishes that fans return to time after time, as well as the creation of new dishes that reflect the chef’s travels and each Nobu location’s local flavours and influences.

Queensland announces further easing of restrictions on events and venues

WATCH: Crown Sydney ‘tops out’ ahead of schedule

Unlike Crown’s One Barangaroo, The Nibbler’s editor is still topping up… his glass of coke, that is, with a shot of the delightful Captain Morgan.

Did you frequent Paddington’s popular Grand Pacific Blue Room back in the 90s? Well, prepare for a big dose of nostalgia.