An event hosted on a party boat on Sydney Harbour is feared to become a COVID super-spreader after five attendees test positive with the virus. 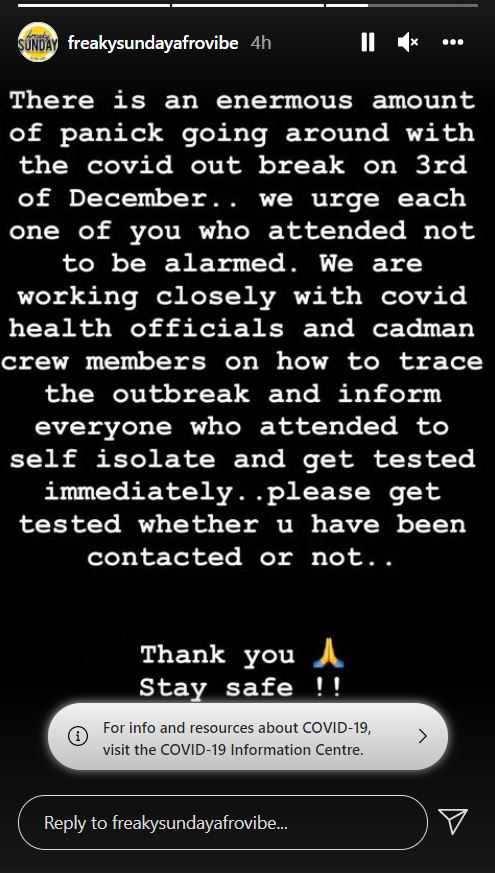 The cruise, which took place on 3 December, was operated by Cadman Cruises and departed from King Street Wharf 9 at 7.30pm, returning around 11pm, according to NSW Health.

Genome sequencing to confirm if any of the five confirmed cases have the Omicron variant is underway – preliminary results indicate two are likely to have it.

NSW Health is urgently contacting around 140 people who signed in with a QR code before boarding the boat and directing them and members of their households to immediately get tested, isolate and await further public advice.

As of this morning, the state health authority said the total number of Omicron infections had risen to 34, however, the party boat cases are not linked to this number, according to ABC News.

Organisers of Freaky Sunday Afrovibe urged attendees not to panic on Tuesday via a story posted to their Instagram account.

“There is an enormous amount of panick [sic] going around with the covid outbreak on 3rd of December,” the event organisers said.

“We urge each one of you who attended not to be alarmed. We are working closely with covid health officials and cadman [sic] crew members on how to trace the outbreak and inform everyone who attended to seld isolate and get tested immediately.

“Please get tested whether you have been contacted or not…”

The Gladdy is putting the ‘Lord’ in ‘Lord Gladstone’. But one question remains: if there really is a God, how on earth did they ever allow Christian rock to be invented?

Convince your family and friends that you’re secretly a millionaire without the stress of acquiring millions of dollars by hiring out this shiny new boat.

Dust off your suitcases, because South African Tourism has announced the long-awaited return of its signature global trade shows!